Education spending up in S.C. but still below prerecession level

South Carolina was one of 35 states spending less per student in the 2014 than in 2008, slashing K-12 education funding by 14.2 percent, one of the largest cuts in the nation, according to a new report from the Center on Budget and Policy Priorities.

As the economy rebounded, the state Legislature began reinvesting in K-12 schools, but nearly a decade after the recession began, general funding per pupil is still down half a percent this fiscal year from 2008.
"South Carolina has been moving in the right direction after making very deep cuts after the recession hit," said Michael Leachman, director of state fiscal research at the Center on Budget and Policy Priorities, a left-leaning think tank based in Washington, D.C., and one of the report's authors. His calculations are adjusted for inflation and based on the U.S. Census Bureau's latest available data and state budgets.

As the state decreased education spending, school boards were forced to make up the difference by raising local property taxes. The report found state and local per-student funding combined in 2014 was only 7.1 percent lower than it was in 2008.

But this shift, according to Leachman, has had consequences, particularly for poorer school districts.
"Poorer areas have a harder time raising enough property tax revenue," Leachman said. "If you shift your system from the state paying to local government paying more of it, typically what that means is that the funding system is more unequal because you're relying more on property wealth to raise money for schools. Property wealth really varies by community."

As the Legislature struggled to fund K-12 schools, the tax burden fell on local businesses and renters. Act 388, a dramatic remake of the state’s property tax system, exempts owner-occupied homes from property taxes that pay for public school operations.

The law has been controversial since its passage in 2006. Homeowners in downtown Charleston and on nearby barrier islands had pushed for the law after soaring real estate values prior to the recession resulted in astronomical property tax bills. The law was a huge tax break that benefited anyone with a house worth $100,000 or more. The law also created a system where recent buyers of property pay higher taxes than longtime owners. Lawmakers also passed a 1-cent sales tax increase to make up for schools’ lost property tax dollars. 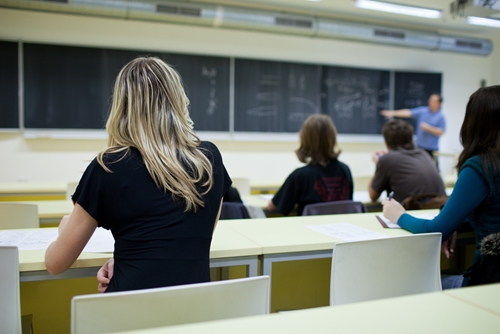 "Sales tax is always something that's going to fluctuate with what’s going on in the economy," she said, "and when people don't have the resources to spend, for the purpose of sales tax, then you’re collecting a lot less money."

During the 2016 legislative session, lawmakers raised the base student cost for public school districts to $2,350 per student, up $130 from the previous fiscal year. The base student cost is calculated using a formula dictated by the 1977 Education Finance Act.

"That's a lot of money," noted Debbie Elmore, director of communications of the S.C. School Boards Association, but the new base student cost is still lower than it was in 2006. According to the Budget and Control Board's calculation using the state formula, this year's base student cost allocation should be $2,933. The Legislature hasn't fully funded the base student cost since 2007.
"The General Assembly has made a good effort and taken whatever growth and revenue it had and directing it to the base student cost," Elmore said. "The problem is the growth in revenue is not keeping pace with the law of what's required and also with the growth of student enrollment we’ve had over the last several years."

Brantley Thomas, chief financial officer of Berkeley County School District, said the state's continual underfunding of education has resulted in a $18.6 million loss of potential revenue for the district this school year. BCSD is also losing out on another $11.6 million in homeowner tax dollars, Thomas said, thanks to Act 388.

That's big problem for BCSD, one of the fastest growing districts in the state. According to a study by Clemson University's Strom Thurmond Institute, BCSD must build at least 20 schools in the next 20 years to keep up with booming population growth.

The BCSD school board raised local property taxes for the second year in a row this summer to keep up with this breakneck growth.

"One of the things that is missing is the recognition both at the state and county levels that public education is an economic development tool as well," Thomas said. "With 30 million more dollars, there's no telling what we could do."